The 4 Most Important Trends from Social Media Marketing World 2016 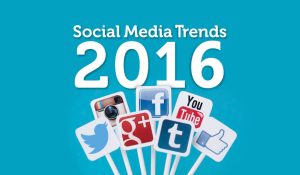 By: Shayna Marks In: Business.com

Last year was coined the year of video, but this time, we really mean it. In Monday’s keynote by Mike Stelzner, he shared the following stats about video marketing in 2016:

Over the past twelve months, the major player social networks have invested heavily in their video efforts so as to compete with reigning Google champ, YouTube.

Facebook gave massive preference to video uploaded natively into their platform, allowed for embeds of Facebook videos on other websites, and most notably, rolled out Facebook live to the world. Similarly, Twitter acquired live streaming app Periscope and integrated it into their platform.

This year, we’ll see adoption skyrocket as big brand and small businesses alike get in the game.

Tips for takeaway: If video is not a part of your content marketing plan yet, it should be.  Even if you don’t have adequate resources in-house for professional video creation, there are tons of tools available to aid in your efforts like Animoto.

As mentioned above, the big players in social media have invested heavily in video, but more specifically, live video. Last year, live streaming app Meerkat exploded onto the scene at SXSW. It was quickly squashed by Twitter and its competitor Periscope, but the scramble to go live didn’t slow down.

Facebook took the live video trend to new heights with Facebook Live. Now available to both verified and personal accounts, we’ll soon see Facebook Live roll out to Pages, and before we know it, the whole world will be streaming live.

Stelzner shared that currently, only 14% of marketers are using live video, but 50% want to learn more about it. This reflects the growing trend, and soon, the widespread adoption.

Tips for takeaway: Start experimenting with the existing platforms—Twitter’s Periscope and Facebook Live. “Queen of Facebook” Mari Smith recommends streaming for between 5-20 minutes. Whether you’re sharing expertise on a topic that your audience needs help with, giving a new product demo or doing an interview, getting your feet wet in live video is the best place to start.

Last year, there were murmurs that Facebook might be losing its edge as the leading social media marketing platform. The numbers told a different story though; Stelzner shared in last year’s keynote that:

Fast forward to 2016, and Facebook has only grown in importance. Now, Stelzner shared, a whopping 86% of marketers use Facebook ads regularly, while only 18% use Twitter ads.

As we see the continued growth of Facebook Live, adoption of Instant Articles and messenger bots come into play, Facebook will only continue its dominance

Tips for takeaway: If you’re not aware of the recent announcements Facebook made at F8 about the new features and services Facebook plans on unveiling in the near future, we highly recommend watching some of the recap videos. Depending on the type of business you work for or own, there is a wide variety of new advancements that can provide new opportunities.

Snapchat has been a favored app among the younger set for quite some time, but over the last year, brand adoption started to take hold. One subtle nod to the increasing trend? Many of the speakers at this year’s #SMMW16 used their Snapchat Avatar to introduce themselves on the projector screens.

Stelzner shared the following stats around the app and marketers involvement:

Though adoption might seem slow as compared to the bigger networks, as Snapchat’s unique storytelling abilities and user demographics continue to grow, so will its possibilities for marketers.

Tips for takeaway: Start playing around with Snapchat on a personal account if you’re not quite ready to give it a spin on your business just yet. Remember that not every social platform is right for everyone, so if Snapchat doesn’t feel like the right fit for your business (or not yet, at least), there’s no need to force it!

Error: Error validating access token: The session has been invalidated because the user changed their password or Facebook has changed the session for security reasons.
Type: OAuthException
Code: 190
Subcode: 460
Please refer to our Error Message Reference.